The Creative Europe program of the European Commission selected Future Songwriting in
July 2018 as the only major collaborative project under Finnish management.
Future Songwriting is based on the INTO SCHOOL concept, developed in Finland and called Ihan Oma Juttu. The main goal of the project is to make composing an integral part of music education, inspire teachers and pupils to take a creative approach to music and create their own compositions. The Finnish expression “Ihan Oma Juttu”, meaning ‘my own thing’, refers to the joy that children can experience when creating their own music. The Future Songwriting project will provide training using GarageBand for teachers in fifteen schools in Finland, Germany, and France. The hands-on training will take students through the process of creating, recording, mixing, performing, and publishing their own songs.
Both Musical Futures and INTO School have been recognised for their innovative contribution to the field of education by the global nonprofit HundrEd and Lorrie attended the first of the pilots in Finland to both observe the first of the Future Songwriting pilots and present information on the Musical Futures approach to teaching and learning to the INTO team. 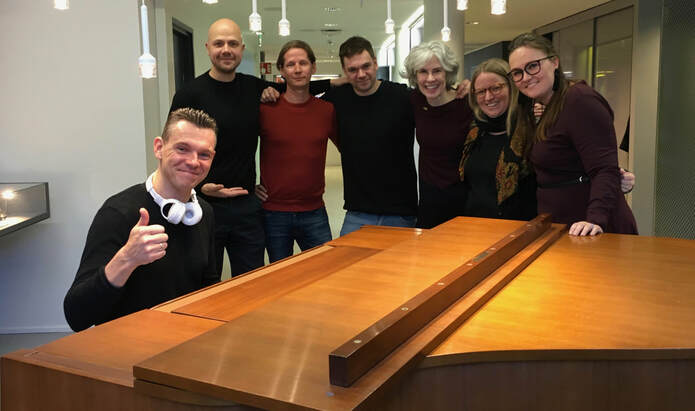 During the first day of training, the INTO team invited the teacher participants to select an item from a bag of found objects. Items selected ranged from a plastic necklace, a lid of a pot, a spoon, a book, stapler, etc. This lead to a recording of the sound of each object, in any way the participants wished, creating a ‘Found Sound Orchestra’ by holding  iPads in a semi-circle and having volunteers conduct  – gesturing certain sounds to be played and louder or softer using our volume keys. 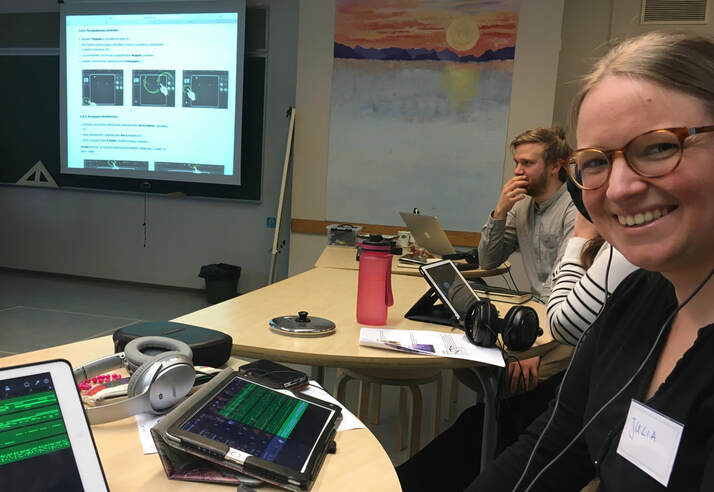 Julia Weber, University of Cologne Professor and one of the Future Songwriting research team along with Musical Futures

The INTO team then guided the participants through all of the GarageBand Smart instruments including keyboard, guitar, drums, electric bass and strings. This was followed by playing as an orchestra –  limiting the chord menu to C, G, Am and F and moving from one chord to the other every 8 beats. The next day, the training looked at plug-ins and song structure before creating 32-bar compositions using this form: Intro, Verse, Chorus, Verse, Chorus, Bridge, Chorus, Chorus. The final day included observing a multi-age class of 20 students between the ages of 11 and 14 (from the Lycée Franco-Finlandais d’Helsinki) work together in teams to work through the same process. As always, the students were much more adept at using the tools and jumped right into the creative and collaborative process! 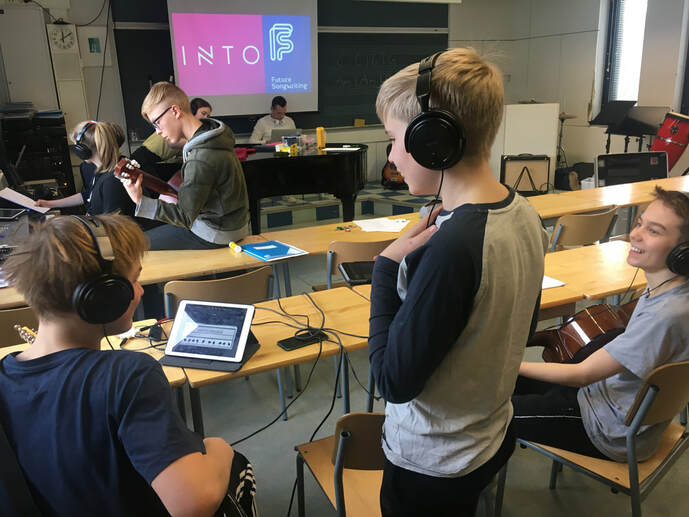 Students from Lycée Franco-Finlandais d’Helsinki had fun working in teams to create compositions.

The INTO Team believes that the project will have “a positive effect on the well-being of young people and that it prevents social marginalisation. Marginalisation of children and young people is one of the most significant social problems in Finland. When a young person is marginalised and falls into social deprivation, it will cost society roughly one million euros before he or she turns 60 years old.” It is clear to see that the Finns approach education with both holistic and long-term goals. 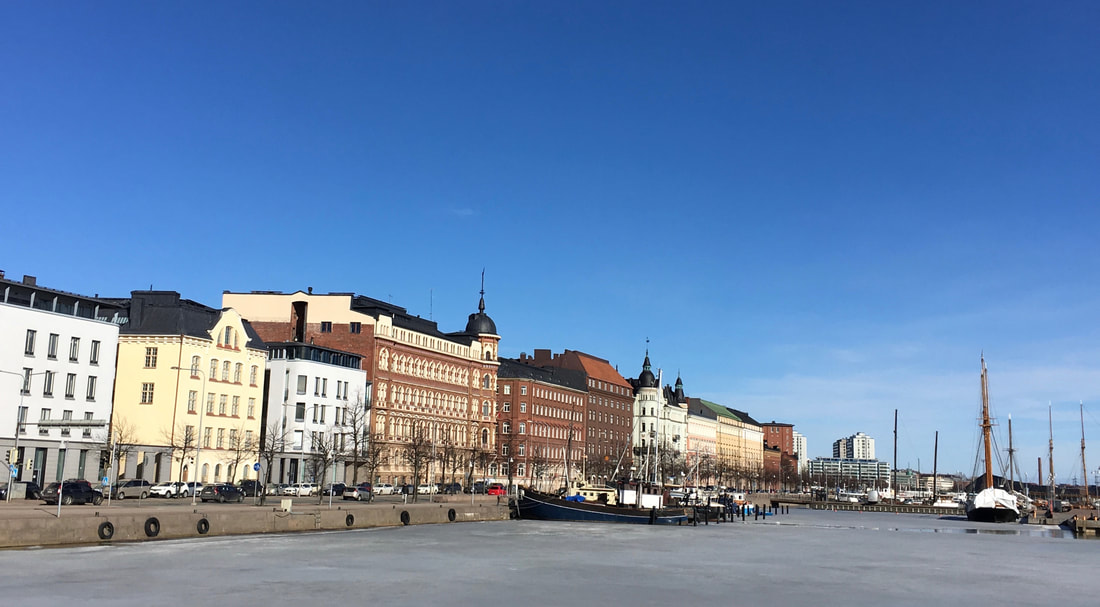 The beautiful weather in Helsinki!

Emma Lamb, Head of Music at Lancaster Royal Grammar School reflects on the impact of the

Excellent workshops ‑ extremely accessible for all abilities and levels."

Musical Futures training focuses on developing and extending the skills of classroom and instrumental teachers. All resources are included as part of the relevant training event.

Teaching The RSL Level 2 Certificate in Performance/Technology and Composition: Manchester

Explore a wide collection of resources to help deliver music in the classroom. All resources are included COMPLETELY FREE as part of the relevant Musical Futures training event. They also available for teachers who want to try these brilliant resources as a standalone resource if they are unable to access our workshops in person.

Everyone Can Play Ukulele Resource

About This Resource Everyone Can Play is a set of resources designed for the ukulele providing a simple step by step resource, suitable for beginners, that supports the development of instrumental skills on …

*NEW* Everyone Can Play Ukulele Songbook

*** Click to read more about Just Play or scroll down to buy the Just Play Resource*** The Just Play resource comprises of 6 sections contained in PowerPoint format.  This …

Join our network of education professionals who are promoting, nurturing and developing best practice - together.

Guest Blog: How To Teach Songwriting In The Classroom